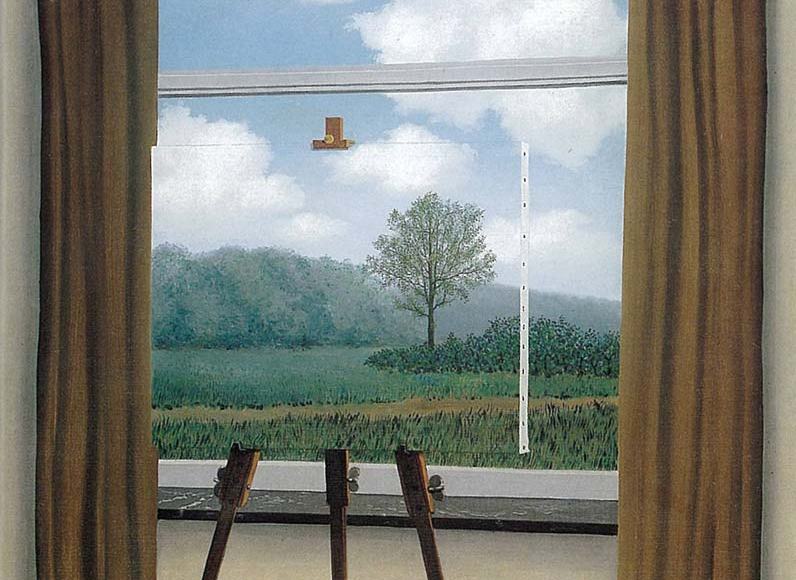 The Blind Spot, an essay published in Aeon magazine, is worth a few minutes of your attention. Adam Frank, a professor of astrophysics, Marcelo Gleiser, a theoretical physicist, and Evan Thompson, a professor of philosophy, write:

Many of us like to think that science can give us a complete, objective description of cosmic history, distinct from us and our perception of it. But this image of science is deeply flawed. In our urge for knowledge and control, we’ve created a vision of science as a series of discoveries about how reality is in itself, a God’s-eye view of nature.

Such an approach not only distorts the truth, but creates a false sense of distance between ourselves and the world. That divide arises from what we call the Blind Spot, which science itself cannot see. In the Blind Spot sits experience: the sheer presence and immediacy of lived perception.

Behind the Blind Spot, they argue, lies a mistaken belief that physical reality has absolute primacy in human knowledge. Elementary particles, moments in time, genes, the brain – all these things are assumed to be fundamentally real, while experience, awareness and consciousness are taken to be secondary. The scientific task becomes about figuring out how to reduce them to something physical, such as the behaviour of neural networks, the architecture of computational systems, or some measure of information.  But, they write:

This framework faces…intractable problems. The first concerns scientific objectivism. We never encounter physical reality outside of our observations of it. Elementary particles, time, genes and the brain are manifest to us only through our measurements, models and manipulations. Their presence is always based on scientific investigations, which occur only in the field of our experience.

According to Frank, Gleiser and Thompson,  the contention that science reveals a perfectly objective ‘reality’ is more theological than scientific. It is truer to say, rather, that “various aspects of the world – from chemical interactions to the growth and development of organisms, brain dynamics and social interactions – can be more or less successfully described by partial models.”  Such models can be created with complex systems theory and network science.  They conclude that:

To finally ‘see’ the Blind Spot is to wake up from a delusion of absolute knowledge. It’s also to embrace the hope that we can create a new scientific culture, in which we see ourselves both as an expression of nature and as a source of nature’s self-understanding. We need nothing less than a science nourished by this sensibility for humanity to flourish in the new millennium.

Frank, Gleiser and Thompson are far from alone in stressing the importance of a systems thinking approach. The economist Kate Raworth writes:

The 1989 fall of the Berlin Wall, the 2008 collapse of Lehman Brothers, and the imminent collapse of the Greenland ice sheet have much in common. All three are reported in the news as sudden events but are actually visible tipping points that result from slowly accumulated pressure in the system.

And according to the author Jeremy Lent, a failure to take the lessons of system thinking on board has lead the influential historian Yuval Noah Harari to embrace and champion four damaging fictions:  that (1) ‘nature is a machine’; that (2)  ‘there is no alternative to neoliberalism’;  that (3) ‘life is meaningless — it’s best to do nothing’; and that (4) ‘humanity’s future is a spectator sport.’

Lent writes that underlying Harari’s beliefs is a view that nature and human consciousness — including emotions, intuitions, and feelings — are nothing more than a series of algorithms which can all be deciphered and predicted by a computer program.

For Lent this is utterly mistaken. Paralleling Frank, Glieser and Thompson, he argues, we need to recognise nature as a dynamic, self-organised fractal complex of nonlinear systems, which can only be truly understood in terms of how each part relates to each other and the whole.

A crucial implication is that the observer is part of what is being observed, with the result that the observer’s conclusions and ensuing actions feed back into the very system being investigated:

This insight holds important ethical implications for approaching the great problems facing humanity. Once you recognise that you are part of the system you’re analysing, this raises a moral imperative to act on your findings, and to raise awareness of others regarding their own intrinsic responsibilities. The future is not a spectator sport — in fact, every one of us is on the team and can make a difference in the outcome.

Mohandas Gandhi is often quoted as having said “be the change you want to see in the world.” It appears his closest verifiable remark was actually “If we could change ourselves, the tendencies in the world would also change. As a man changes his own nature, so does the attitude of the world change towards him…We need not wait to see what others do.” Gandhi is saying here that personal and social transformation go hand in hand, but there is no suggestion in his words that personal transformation is enough. In fact, the struggle to bring about a better world also involves an awareness that one person, alone, cannot change anything but that many working together can.

Image: The Human Condition by René Magritte (1933) via Wikipedia